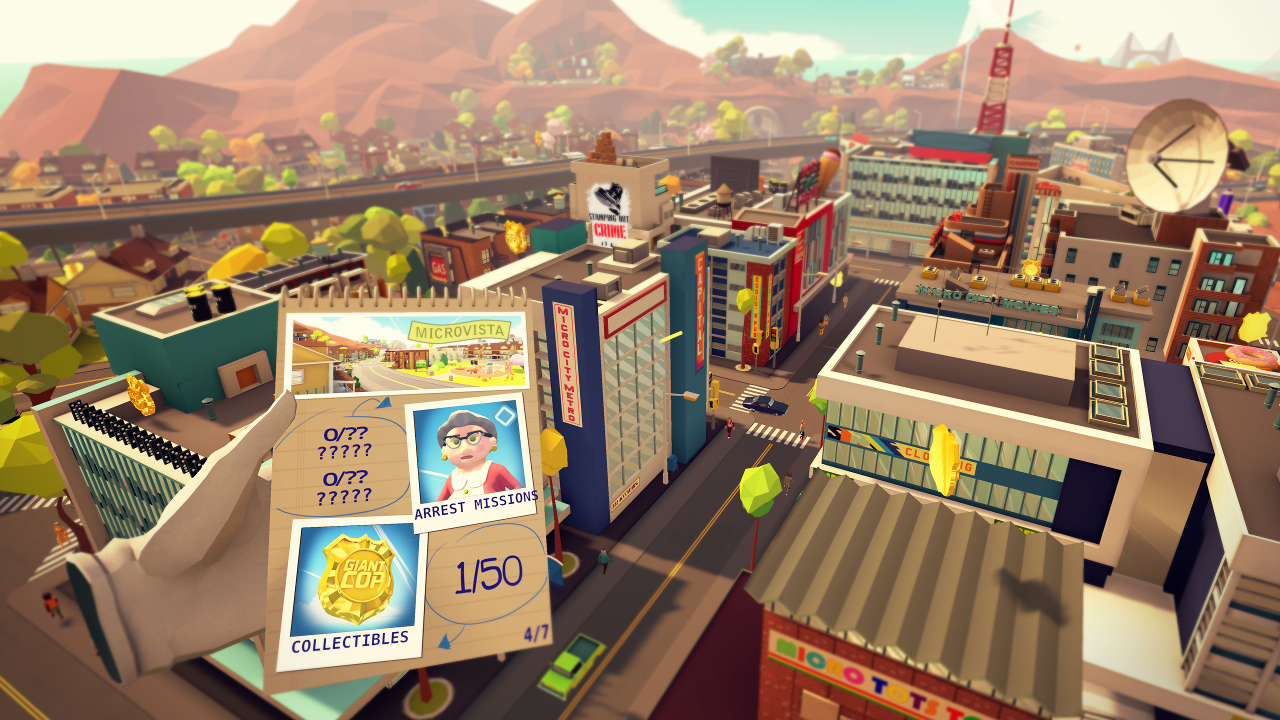 Giant Cop is a VR game, where the player assumes the role of a 200ft police officer who patrols the tiny Micro City. With their size as an advantage, the player can easily explore their surroundings, mess with people / objects and physically grab crime and throw it into a near by police station.

Awards:
On Giant Cop, I had the following involvement:
Back